You Are Here:Home » The Facts » Black vs White Education Gap

First, let’s look at the education gap in the United States. in 2017 the Brookings Institute released a study highlighting the gap in SAT scores between black students and white students. The gap is best expressed in this graph. (Race gaps in SAT scores highlight inequality and hinder upward mobility / archive) 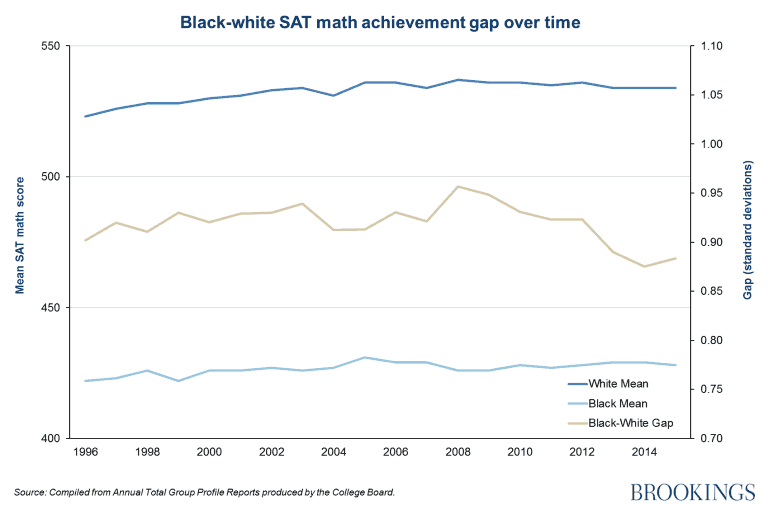 Progressive liberals point to things like wealth accumulated through slavery, Jim Crowe era laws, and institutionalized policies of racial bias, giving a “head start” to white students. What if there was a way to eliminate this so-called “white privilege” and remove this head start? Fortunately, there is, we can take a look at the testing scores in another first world country, that never had slavery, never had Jim Crowe Laws, and never had the institutionalized racial bias that the United States has. We can look at the test scores of students of London England. 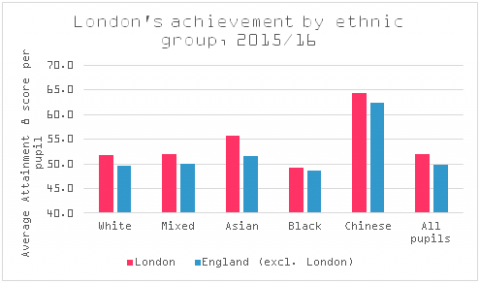 Looking at this 2015 report from College Board we can see that the mean score for black students is lower than that of white students.

Looking at the SAT scores for Asians compared to blacks and whites we can see Asians consistently score higher.

Asians scoring higher than both blacks and whites is exactly the same thing we see in the test scores from London. London doesn’t have the history of slavery or systemic racism that institutions in the United States are alleged to have. Once again proving that white privilege isn’t real.

Black vs White The Breakdown in Family Values